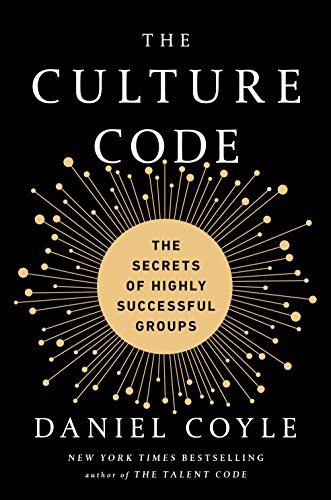 Interesting book by Daniel Coyle about organizational culture and how successful companies use culture hacks to thrive.

The book answers the question of which are the characteristics of successful teams and organizations.

On the low side, the book is a little bit longer than it should, and the author keeps quoting different examples of situations where, he points out, the key to this group’s success was his particular thesis.

On the bright side, there are many exciting stories and research quoted in the book that can be applied while building teams in different companies.

Below you will find some concepts and ideas that caught my attention.

Contents hide
1 The Marshmallow Experiment
2 The Good apple Experiment
3 How to Build Belonging
4 How to Design for Belonging
5 Is Desk Distance Important in Team’s Success?

Coyle quotes the experiment where different groups were set to build the highest possible structure with only these materials: 20 pieces of uncooked spaghetti, 1 yard of transparent tape, 1 yard of string, one standard-size marshmallow.

They presented the task to a group of MBAs and a group of kindergartners.

The experiments concluded that the toddlers were much better than the MBA teams building a taller structure because they weren’t worried about navigating the social environment. The kindergartners were not competing for status.

Coyle talks about another experiment where one person was in charge of spoiling a team’s performance delegated with some task.

This person was almost always successful in spoiling the group’s performance, except in one case where another person’s behavior neutralized him.

He named the behavior of this person belonging cues.

Belonging cues are behaviors that create a safe connection in groups like eye contact, proximity, turn-taking, and whether everyone talks to everyone in the group.

This type of behavior has three essential qualities:

Belonging cues must be delivered in a constant pulse. They contribute to answering the ever most crucial question for human evolution:

How to Build Belonging

Coyle talks about how Popovich builds a sense of belonging inside the San Antonio Spurs and how the founder of Zappos builds belonging by designing environments in where a lot of collisions can happen (people bumping into each other).

The author mentions the example where Greg Popovich went to the Virgin Islands to meet with Tim Duncan, meet his parents and friends, and talk about life. They became friends first.

Popovich will do two things over and over again:

Food and wine is also a way Popovich has for making connections.

How to Design for Belonging

Coyle mentions the story of Hsieh, the founder of Zappos, and how he lights up when he interacts with people, and how he is also very humble when interacting.

He writes about the experiment where the factor that most explained the success of teams was desk distance.

People who moved to another floor in the office, even belonging to the same team, it was like going to another country.

After 8 meters, the interaction between group members fell off a cliff.

He also mentions the Dunbar Number, which reflects the cognitive limit to the number of people with whom we can have a stable social relationship (around 150).